Reflections on a (Near) Perfect Day 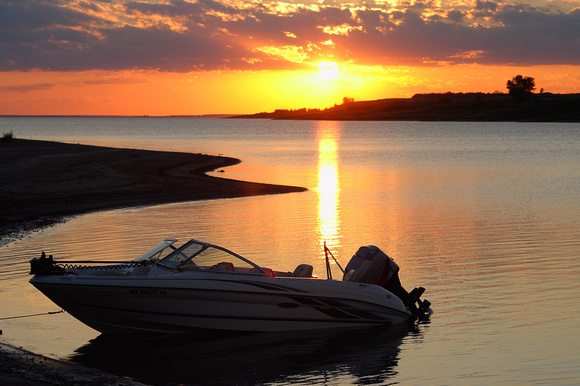 What a fantastic day! Where I am, the weather was magnificent, the water clear and cool. As usual, there were lots of boats on the water, enjoying recreational activities covering the entire boating spectrum from kayaking and canoeing to cruising and water-skiing. It was indeed a day for boaters of every persuasion.

I brought my family home a few hours ago, safe and sound and relatively exhausted from a day in the sun and on the water. Now that we’re getting settled in for a relaxing respite from the day’s activities, I’m reflecting on the day, and wondering whether everybody that I saw on the water this weekend is enjoying the same peace-of-mind that we are this evening.

I can’t help wondering about the young boy, maybe 7 or 8, who was sitting on the deck of that speeding runabout that passed us in pounding wake early this afternoon. His legs dangled down on one side of the bow, and once I thought I saw one wave hit his foot, pulling him slightly to the side. There were rails on the deck of that boat, I thought, so he was probably all right. But the rails were very low, and he wasn’t wearing a life jacket. I hope he’s home tonight with his family, curled up in front of the TV or doing some homework.

I’m remembering the boatload of partygoers and the Sheriff’s patrol boat pulled up next to it. From what we could see, the occupants of the boat looked a bit “off balance,” and as we passed by them, I tried to guess which one of them might have been operating the boat. I smile a bit when I think about how much better I’m going to be feeling tomorrow morning than they will, but mostly I’m hoping that the marine officers took them off the water, for their sake and the for the sake of everybody else out there.

I think about the fishing boat we had seen earlier in the day anchored by the stern, and I wondered if he had shifted the anchor line to the bow after the mid-afternoon winds picked up a bit. And, I wonder if the overloaded canoe we saw rounding the point made it to wherever they were headed. They probably had life jackets lying in the bottom of the canoe. They weren’t wearing any, but I’m sure they had them handy.

I hope the two kids driving those personal watercraft made it home OK. As I was watching them play, I recalled the day last summer when I was on patrol with the Coast Guard Auxiliary. We were called to assist with traffic and wake control while a PWC operator, who had been struck broadside by a companion PWC, was being helped into a boat and taken to a waiting ambulance on shore. The lives of quite a few people were changed forever that night.

I saw many families today that I know are home tonight, enjoying the afterglow of a fun and safe boating weekend. I know they are because I saw their kids wearing life jackets and sitting inside the boat, not on the deck or sides of the boat as others we had seen during the day. They seemed to be having fun and they were excited and laughing. In contrast, the boy I had seen earlier sitting on the deck of the runabout seemed like he was concentrating too hard on not falling overboard to have fun. I recall that he hadn’t been laughing.

Tomorrow morning I’ll open the paper and chances are high that the boating accident and fatality statistics rose a bit over the weekend. Just as surely as the highway accident statistics will rise because of the sheer numbers of people on the nation’s highways during this summer vacation weekend, so will the boater accident statistics be affected by the multitudes on the nation’s waterways. And as I read about the latest local boating tragedy, I’ll be thinking that it doesn’t have to be that way. The drownings that will mostly likely occur are mostly preventable by simply wearing life jackets. The high-speed boating collisions are mostly preventable by having a sober, designated driver. The personal watercraft accidents are often the result of operating too fast, too close to another object, like a dock, pier or larger craft, or even another PWC, and preventable by keeping a safer distance, probably.

Earlier this year in our community, a father and son drowned. Although nobody knows for sure, it’s thought that they may have been headed for a fishing spot, hit a stump and were thrown from the boat. Neither one was wearing a life jacket. They left a wide circle of family and friends in shock, and lots of lives were changed forever by this single incident.

Take just two minutes to think about how your life would be altered by a similar tragedy, and then get those life jackets out of that locker and onto those kids. You’re responsible for bringing everybody home safe and sound from your day on the water, too.