Boating in the Third Dimension 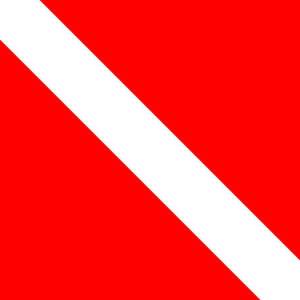 As recreational boaters, we need to remind ourselves that the medium in which we operate is three-dimensional. Most of our time is spent peering over the bow of the boat, making sure we don’t let something else share the same piece of water that we’re moving toward?like another boat, or a pier or a floating oak timber. Then there’s the second dimension — that which lies abeam. We use this dimensional viewpoint primarily to watch another boat overtaking, or checking to see if the buoy we’re passing is the one we noted on the chart, or just to see if the leaves on shore are starting to change color.

But we don’t pay a lot of attention to the third dimension of our boating environment, the somewhat mysterious part that lies beneath the surface.

Occasionally, and unfortunately, we are jolted with a reminder that we are operating in three dimensions, and bring home evidence of it in the form of a prop ding or a gouged keel, or worse. Oh, there are a lot of objects lying in wait below the surface for our propellers and keels to kiss?rocks, stumps, wing dams ? divers.

In about 1958, probably in response to lots of close calls between boaters and divers (advantage — boaters), and largely the result of an increased interest in diving as a recreational sport, red flags with white diagonal stripes started to appear on vessels and floats in various parts of the country. The flag was a modification of the Navy number 7 flag, which was all red with a single vertical white stripe. It was bright and distinctive, and with the white stripe modified on a slant, rather than vertical. Michigan was the first state to officially recognize the new flag for what it was, and soon after, it became recognized far and wide as the “diver down” flag.

In the first few years following the introduction of the diver down flag, there was widespread confusion by boaters as to the meaning of the flag. Only a savvy few recognized its meaning as it waved at them from the spreader of a larger vessel, or from the antenna of a smaller vessel, or from a float on the surface of the water. When flown from vessels, most recreational boaters, who considered them just more yacht decorations, ignored them. And when displayed on floats, diver down flags often were the target of boaters who interpreted them as mid-channel markers. (Have you noticed that whenever a boater doesn’t understand the meaning of a navigational aid, they consider it to be a mid-channel marker?) Some boats pulling water skiers used them as slalom markers. In the early years, even dive clubs and dive enthusiasts misinterpreted the meaning of the diver down flag. Some divers would fly the flag from their boats even when no divers were in the water, believing that the flag was simply to show support for the sport.

It’s interesting to note that the red with white diagonal striped diver down flag is recognized by statute in most states, where restrictions are placed on how close you may come to the flag (usually 100 or 150 feet), but no mention is made of the diver down flag in the Inland or International Navigation Rules. The Navigation Rules do specify a flag to be used on vessels conducting underwater operations, including diving. The flag, which must be rigid, often is referred to as a dive flag. But the flag (the Alpha, or “A” flag) is more broadly required in cases where a vessel is restricted in its ability to maneuver. So even though when diving operations are being conducted it is appropriate to fly the Alpha flag, it would not be entirely correct to refer to the Alpha flag as a “diver down” flag, since it is flown in other situations as well.

But the message is the same. Whether it’s a swallow-tailed Alpha flag, or the more familiar red rectangle with diagonally striped “diver down” flag, stay clear.

There is one more little known but related flag that is used in diving operations, and that is the “P” flag. The flag is blue and rectangular, with a smaller white rectangle in the center. Although the use of the “P” flag is not exclusive to diving situations, vessels conducting diving operations very often will fly the flag to signal a recall of all personnel back to the ship. So if you see a “P” flag flying from a vessel, slow down and be cautious. There may be people in the water.

In the years since the introduction of the diver down flag, diver associations and dive clubs have conducted extensive educational campaigns to make boaters aware of the diver down flag and its serious significance. Unfortunately, most boaters still don’t recognize the flag or its meaning, even though it alerts us to the most serious underwater hazard that we can encounter?people.

So, be alert for the diver down flag, or any other signal that might indicate that there are swimmers or divers in our boating third dimension.