Is This the Newest Lifesaver? 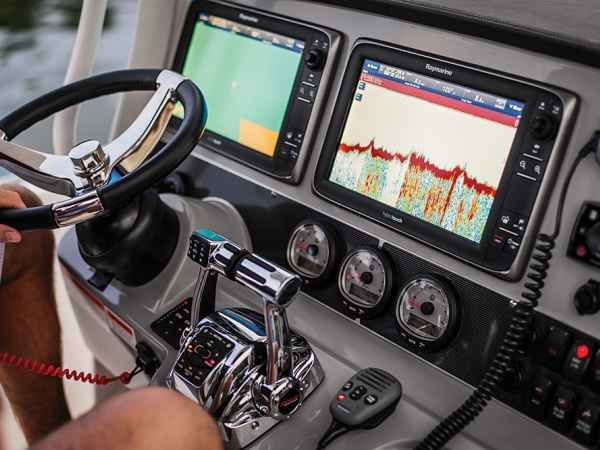 I enjoy reading about new inventions and innovations. When I was a kid, my favorite magazines were the ones that had “Popular” in the title and had page after page of new ideas. Some of those ideas probably never became “popular,” as the name of the magazine suggested they would, but at least they were fun to look at and interesting to consider. I remember one in particular that proposed parachutes for airplanes. Not parachutes for the passengers but for the airplane itself. If the engines on the airplane quit, these giant parachutes popped out of the wingtips and nose and tail. I always thought that was a good idea. I still do .

As my interest in boating safety blossomed over the years, my attention was drawn to those innovations and ideas that could have an impact on saving lives at sea. I witnessed the introduction of automatically inflatable PFDs and global positioning electronics, which have the potential for completely changing the way we view personal flotation and navigation. Now an innovation has come to my attention that may have a dramatic impact in the way in which we manage one of the most prevalent causes of boating fatalities falls overboard and the retrieval of the fallen.

Outboard motor manufacturers have been putting lanyards on outboards for several years now. The idea, of course, is that the operator will clip one end of the lanyard to his wrist or clothing, and the other end restrains a dead-man’s switch on the engine. If the wearer falls overboard, the lanyard will go with him or her, and the engine will stop running. The operator would then have a chance to swim to the boat and attempt to re-board.

If I had seen this idea in one of my “Popular” magazines as a kid, I probably would have thought it was a keen idea. But there is a major drawback to a lanyard-dependent cut-off system. Simply put, hardly anybody wears them. Because the operator is tethered to the engine by a relatively short cord, movement in the boat is severely restricted. And I don’t know anybody that likes to have his or her movement severely restricted.

So along come a couple of inventors from Virginia with a patented concept for an engine cut-off device that is to a lanyard as a Space Shuttle is to an Edsel. Their invention even convinced the American division of Volvo-Penta to include it as part of their VP-2000 high-tech electronics package, introduced at the Miami Boat Show in February 2000.

How would you like to have you and all your passengers connected to the boat’s engine cut-off switch? Or for that matter, how would you like know that if you fall overboard, the autopilot on your vessel will bring it back to your position in the water and shut down. Well, if engine manufacturers latch onto this new invention, you’ll be able to have this security and more. The applications for this technology, beyond simply activating engine cut-off, are limitless.

The idea is that people on your vessel would wear a small, unobtrusive transmitter on their person, clothing or PFD. The engine (and/or any number of other devices, such as an autopilot) would have a receiver connected to its electronic circuitry. As long as the transmitters were within a pre-set distance from the receiver, operations would be normal. But if the signal were interrupted, however, such as when the distance between the transmitter and receiver exceeded the pre-set limit (like when someone falls overboard), something pre-arranged would happen. The engine might shut off, the GPS might display a fix, an SOS might be broadcast with the position, an EPIRB might be activated, or all those things might happen. With the kind of flexibility afforded by such a device, it could be programmed to interact with nearly any kind of peripheral, to do any number of lifesaving activities automatically.

I think I want one of those on my next boat.

When you think about this for a while, your imagination takes you in all kinds of directions, even beyond uses for saving lives. For example, I imagine a cruise ship anchored in the harbor in St. Thomas. Passengers have disembarked to do their shopping. All have taken their small transmitter with them, which was issued when they first boarded in Florida, and is programmed to correspond with their name and cabin number, and displayed on a monitor in the purser’s office. When they disembarked, the signal from their transmitters activated a notation on the screen. When they return to ship, the transmitter de-activates and “checks them in.” When all are aboard and accounted for, the captain now knows that in all probability, any sudden reactivation of one of those screen entries means someone has gone overboard. Powerful stuff.

A lot of the inventions I used to read about in “Popular” when I was a kid were just fun to read about screwdrivers with a little clamp on the end to hold the screw in place eyeglasses with little windshield wipers, complete with washer fluid. But every once in a while something comes along that can really make a difference. Something with such scope that it can mean the difference between life and death in situations ranging from a lone fisherman with a small outboard to a passenger on the Queen Mary.

This technology may just turn out to be a real lifesaver!