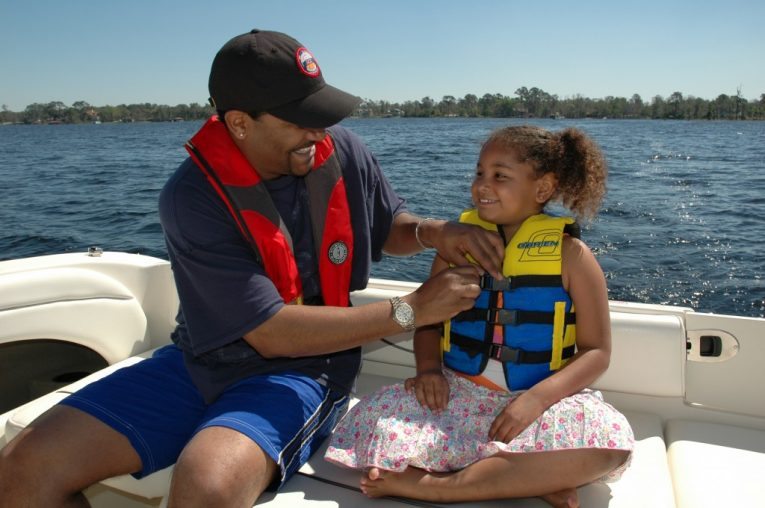 What’s the best way to find out why boaters do the good, bad and sometimes crazy things they do? Ask them!

In 1999, the JSI Research and Training Institute set out to do just that by conducting a 112-question survey of boat owners, operators and renters in 46 states. They got a very high response rate of 80 percent from a sampling of about 36,000 people. The study, commissioned by the Coast Guard through a grant funded by the Wallop/Breaux Trust Fund, can be of great help to those that must focus on issues of recreational boating safety.

As with most surveys, some of the results have caused a bit of head scratching. Here are just a few items from the survey, seasoned with some of my own observations.

It appears from the survey that 63 percent of those that went boating in 1999 went out there to fish. And 59 percent of boaters chose lakes over rivers and creeks, or oceans, to do that boating. Those results certainly support the fatality statistics across the country, which show that most fatalities result from falls overboard and capsizing. These are perils that generally relate to smaller boats on smaller bodies of water. So if most boaters are in small boats fishing in smaller lakes, it’s no surprise that fatalities are higher among this group of boaters. More boaters, higher risk, more fatalities.

Ninety one percent of the survey group said they carry life jackets. Since most, if not all states require vessels to have life jackets aboard for each passenger, it’s interesting that this percentage isn’t higher. But the most interesting statistic from the survey was that 74 percent reported using PFDs “always or most of the time.” I wonder what they’re using them for?perhaps extra pillows below decks. If you think I’m overly skeptical about the validity of the PFD wear/use rate among boaters as indicated by the survey, take a pad of paper and pencil out on the water with you and do your own survey. If you see 25 percent of boaters “using” life jackets, I’ll be very surprised, and I’ll bet you will be, too.

I was glad to see that 77 percent said they carried an anchor. And I’m even happier that the same group admits to carrying anchor lines to go with the anchor. That is, as long as the anchor line was adequate to hold his boat or keep him off the shore in heavy weather. I recall doing a Vessel Safety Check a few summers ago, where the owner proudly held up his new 5-pound Danforth anchor. I asked him about the length of his anchor line, and he pulled a 20-foot length of polypropylene line out of a storage area under one of the seats. I pointed out to him that with that ground tackle, he was limited to a good anchorage in no more than three or four feet of calm water. If he was one of those surveyed, he’d probably be part of that 77 percent.

Communications doesn’t seem to be as much of a priority with those surveyed as I would have guessed. Of the 19 percent who actually carry a VHF marine radio, only 10 percent reported using it always or most of the time. That tells me that the other 9 percent don’t know that it’s an FCC regulation that if you have a marine radio on board, it is to be operating and tuned to the emergency channel while underway. The idea is to have a receiving network on the water in the event someone needs assistance. If the sampling proves true, and there are 100 boats on your lake Sunday with radios, then about half of them won’t be able to hear your emergency broadcast if you need assistance.

Cell phones seem to be gaining a lot of popularity as marine communications devices. About 38 percent of those surveyed said they carry one on board their boat, and 14 percent say they “use it always” or most of the time. It will be interesting to see if cell phones raise the same type of safety issues in boats as they have in automobiles. Although I am in favor of any kind of emergency communications devices on board a vessel, there is a very important difference in the use of a cell phone and a VHF marine radio. Theoretically, at least, a VHF marine radio does not occupy the attention of the boat operator for a significant period of time. A cell phone in the wrong hands becomes a serious distraction to the safe operation of a boat.

But of all the statistics from the survey, the biggest disappointment to the recreational boating public should be that although 73% support requirements for boater education, only about a third of them have taken a boating safety course. And thus is the real value to the boating public of surveys like this. For the Coast Guard, the survey provides information for the serious business of setting mission objectives for boating safety. But for us, it helps us define our boating environment, and maybe in the long haul, even helps us make some sense of it.