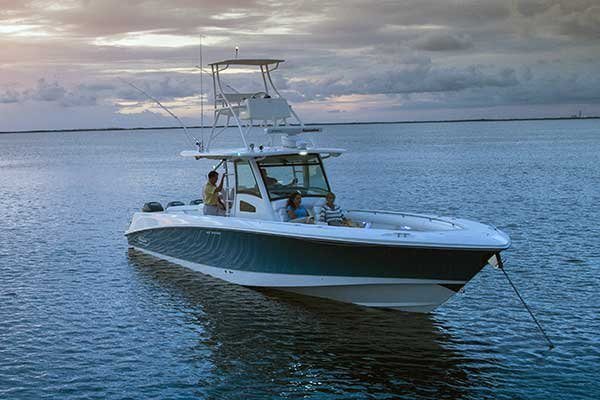 At least for now, there is no Federal requirement for carrying an anchor aboard your recreational vessel. And from what I can tell, there aren’t any state regs that do, either. There is some discussion going on, however, as to whether an anchor should be required, and if it comes up for a vote, I’ll vote aye.

Some would argue that having an anchor on board has little to do with boating safety, since many boaters feel that an anchor is merely a device for tossing overboard when you want to stop for lunch or slip into a quiet cove for an overnight. If you’re caught in a storm and fighting desperately to keep your disabled boat from being swept onto a rocky shore, however, you’ll be glad to have something with pointy things on it dragging across the bottom and eventually digging in or holding on.

Anchoring goes back to prehistoric days. Large stones have been found in ancient seabeds with telltale grooves or holes drilled in them. Through thousands of years, anchors have evolved from grooved stones, to stones put in baskets or cages, then wood and stones, then wood and iron, and finally to the more modern navy and CQR (secure) anchors and today’s popular Danforth style. But I doubt that the improvements came about because of a pressing need to keep the boat in place while lunch was being served.

Anchors have had many uses over the ages. Resourceful pirates and corsairs used them for gaining ground on their prey. With no wind to fill the sails, the ships would just sit out of range of each other, watching and waiting. So one particularly bright captain ordered his men to lower the ship’s anchor into a longboat, row out to the length of the chain, and drop the anchor overboard. As the anchor dropped, the chain pulled the mother ship forward. Under cover of darkness, the scoundrels closed the gap to within easy range of their prey. I can imagine that word of this tactic spread rapidly, however, and it probably wasn’t long before the sea was filled with longboats toting anchors for dear life when the air became still.

With today’s advanced materials and low cost, there really is no reason that a modern recreational vessel shouldn’t be equipped with at least one anchor and adequate rode (anchor line). The anchor should be the right size for the boat, and the rode should be appropriate to the depth of water in which the vessel usually operates. In general terms, the rode should be at least seven times as long as the water is deep, measured from the deck of the boat to the bottom. In heavy weather, extend the rode to at least 10 times the depth of the water. So, if you expect to hold your boat securely in thirty feet of water, you should expect to pay out at least 210 feet of anchor line. A length of chain between the anchor and the line can give you added holding power. The chain will keep the flukes low where the anchor can set more easily, and, unlike fiber lines, won’t be victim to abrasion on a rocky or sandy bottom.

You always should lower the anchor slowly over the bow. Never throw the anchor. Make sure one end of the anchor line is connected to the anchor, and the other end secured to something other than your wrist or foot. Remember the prehistoric stones they uncovered in those dry seabeds? They probably got there because some Neanderthal lowered the stone overboard, line and all. (Maybe that’s why Cro-Magnon types had such slanty foreheads. Right after they’d lower the anchor and watch it and the line slip to the bottom, they’d plop down on the deck and slap their foreheads.)

It’s best to anchor from the bow. This will almost guarantee that the bow of the boat will stay headed into the wind. Once, I watched from shore through a pair of binoculars as a small fishing boat slowly took waves over the stern until it sank. My attention was first drawn to the boat by a taut line leading into the water from a stern cleat. Then I saw the waves slopping over the transom, and then I focused on the fisherman. He’d cast, then glance down to check on how much his boat had filled with water. Then he’d quickly cast again. This sequence repeated itself until the outboard engine was under water, and he couldn’t stand upright in the boat to make another cast. He was rescued. Don’t anchor by the stern.

If you’re anchoring overnight, or leaving the vessel temporarily without a watch stander, be sure and check your boat’s “swing” radius before settling in. If the wind changes, you don’t want your boat swinging into someone else’s mooring area or shore. Also, to check whether your anchor is set, visually establish a relative sighting between something on your boat, like a cleat, and some landmark on shore, if possible. Then check every five or ten minutes to see if the landmark has moved relative to your onboard marker. By checking it frequently for the first half-hour or so, you’ll soon know whether any movement is because of normal boat swing, or because you’re adrift.

In many parts of the country, this is the season for getting the boat out of the barn and ready for the water. As you’re going over your checklist this year, pay particular attention to your ground tackle – – anchor, line, chain, shackles. It’s what your stone-age ancestors would have done.