This Mayday Doesn’t Come with a Parade 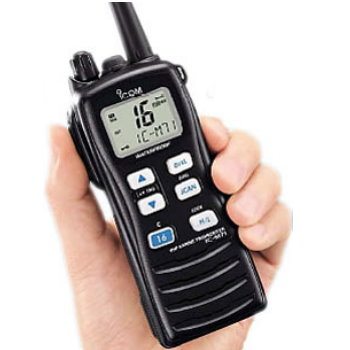 There is no sound in all of maritime experience that can raise the hair on the back of your neck like the sound of your radio crackling those dreaded words. There is no doubt about the meaning, and no reason to waste time having to interpret the intent. Someone is in serious trouble on the water.

Mayday calls, as every boater should know, have priority over any other type of transmission, emergency or not. There are two other recognized emergency calls, both having lower priority than Mayday. One is Pan-Pan (pronounced pawn-pawn), used to alert other vessels to situations that may pose a serious risk to persons or vessels. An example of Pan-Pan might be an urgent storm warning, or a loss of steerage in a shipping lane. Of even lower priority is Security-Security (pronounced securitay-securitay), which warns nearby vessels of hazardous conditions. An example could be a buoy “off station” and afloat in mid-channel.

But Mayday is an expression of grave and imminent danger. It is the lifeline running from vessels and their passengers and crew, to rescue assistance under the most dire circumstances imaginable. The gravity of the situation leading to the broadcast requires that those intercepting the signal know how to react, and know the emergency procedures that must be followed during and following such a broadcast.

If you’re ever in the position of having to place a Mayday call, here’s the procedure to follow:

1. Make sure your radio is set to broadcast on VHF channel 16, or 2182 kHz SSB.
Then state each of the following (everything important in an emergency call should be stated three times):
2. MAYDAY, MAYDAY, MAYDAY (always three times)
3. Your vessel’s name and call sign three times
4. Your position (lat and long if possible) three times
5. The nature of your distress (medical, fire, sinking, etc.)
6. The number of people on board (or “P.O. B.”)
Then listen for a reply. If you don’t get one, keep repeating the entire process until you either get a response or have to abandon ship.
When and if you reach the Coast Guard, they will probably request additional information while enroute to your location, such as your vessel description, whether all on board are wearing PFDs, and the survival gear on board. Remember, the most valuable information you can give them is location, location, location.

If you are monitoring the emergency channel — and you are required to do so — and hear a distress signal over your radio, monitor the broadcast and take down all the details, but do not respond immediately. Wait 60 or 90 seconds to see if the Coast Guard or a vessel closer to the scene responds. If you monitor no response after that time, then establish communications with the distressed vessel, or issue a “Mayday Relay,” broadcast three times, followed by your boat’s name and call sign. The only times you are prohibited from broadcasting are if you are interfering with rescue communications from another source, or if the Coast Guard or other station has issued a “Silence” (pronounced seelonce). If a seelonce is issued, it will be rescinded at the appropriate time by the broadcast “seelonce finee” (seelonce finis, silence finished), at which time normal transmissions can resume.

It is because of the grave danger posed to the rescuers as well as the distressed, that more and more false Mayday perpetrators are being prosecuted, with very significant fines and prison time. When a false Mayday call is broadcast, several things happen, and none of them are good.

First, communications systems spring into action. The Coast Guard and vessels that hear the Mayday begin broadcasts to attempt contact with the vessel they believe is in trouble. If, and this has happened, another vessel requires assistance during this time, they may not be able to be heard because of the traffic generated by the hoax call. Secondly, the Coast Guard may launch aircraft or search vessels, often under dangerous wind or sea conditions. This puts the rescue assets at risk unnecessarily. In either case, the person who perpetrates such a hoax is placing other lives in peril, and must be prepared to suffer serious consequences when caught.

“Mayday” is derived from the French “m-aidez”, meaning “help me”.